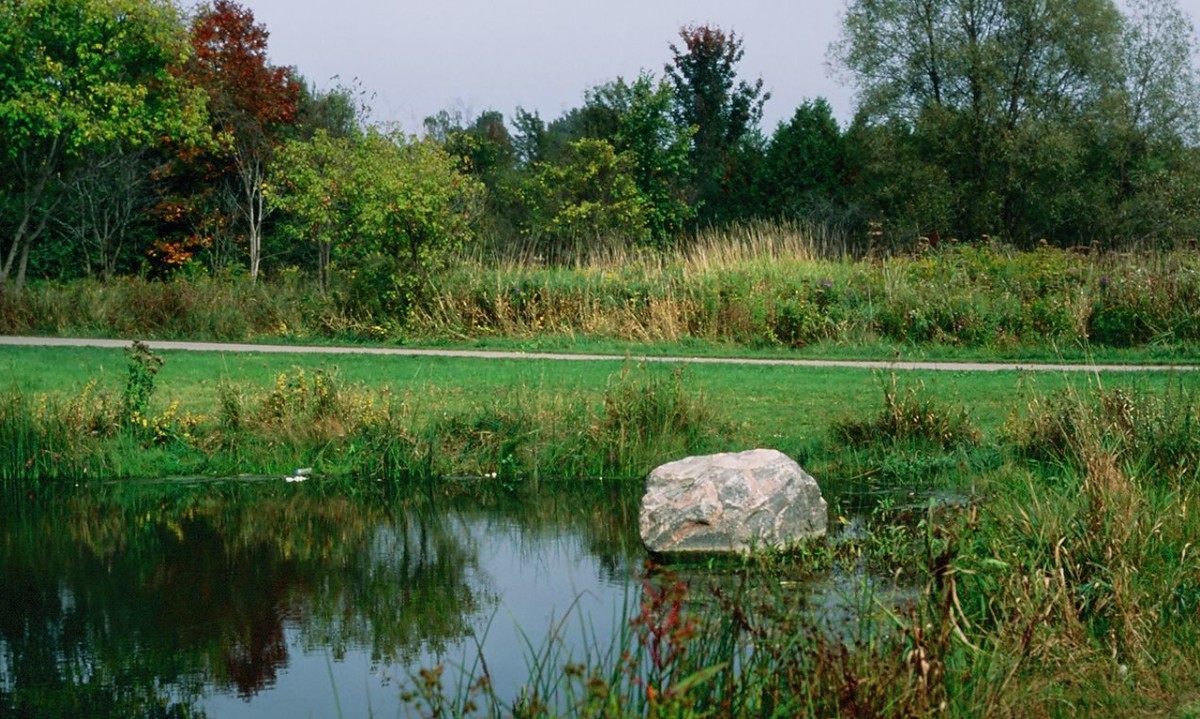 Today, the Bowmanville Valley is a quiet peaceful place for a walk.  There are woods and fields to see as you stroll along the path or the creek.  But, in days gone by the valley has seen a considerable amount of industry and commercial activity. 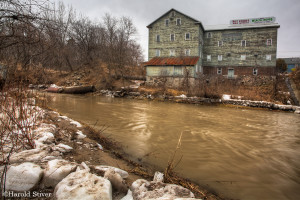 In the pioneer period the only power available was water power so many mills and factories established themselves near the creek.  Other early industries that flourished alongside the creek were:  a pottery works, distillery, soap-making works, oatmeal mill, a foundry, wood-working shop, machine shop and a tannery.  The earliest hydro-electric plant was also built beside the creek.

In more modern times larger industries such as Goodyear established themselves near the creek.  Not for power, but as a way to get rid of their waste products- a practice that is frowned upon today but was very common back then. 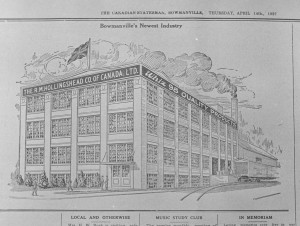 In 1919 The Ross Can Company moved from Toronto and established themselves by the creek.  They built a large factory to produce tin cans of all sizes.  It is still there today just north of the CPR Tracks on the west side of Scugog next to the Bowmanville Foundry. In later years a flea market operated from this location and today it houses several businesses including Kingscourt Catering.

Further south, but north of the Baseline a canning factory established itself.  This was the Canadian Canners Limited.  They didn’t make tin cans but processed and tinned various vegetables there.  It ran from 1912 to the early 1960’s.

In 1962 the Bowmanville Furniture Company established themselves here, but the building succumbed to fire in 1979.  Until recently, the ruins of the foundations could be seen but were cleared away for a new subdivision.

The History of the Bowmanville Valley, Clarington Promoter, April 2012 by Charles Taws