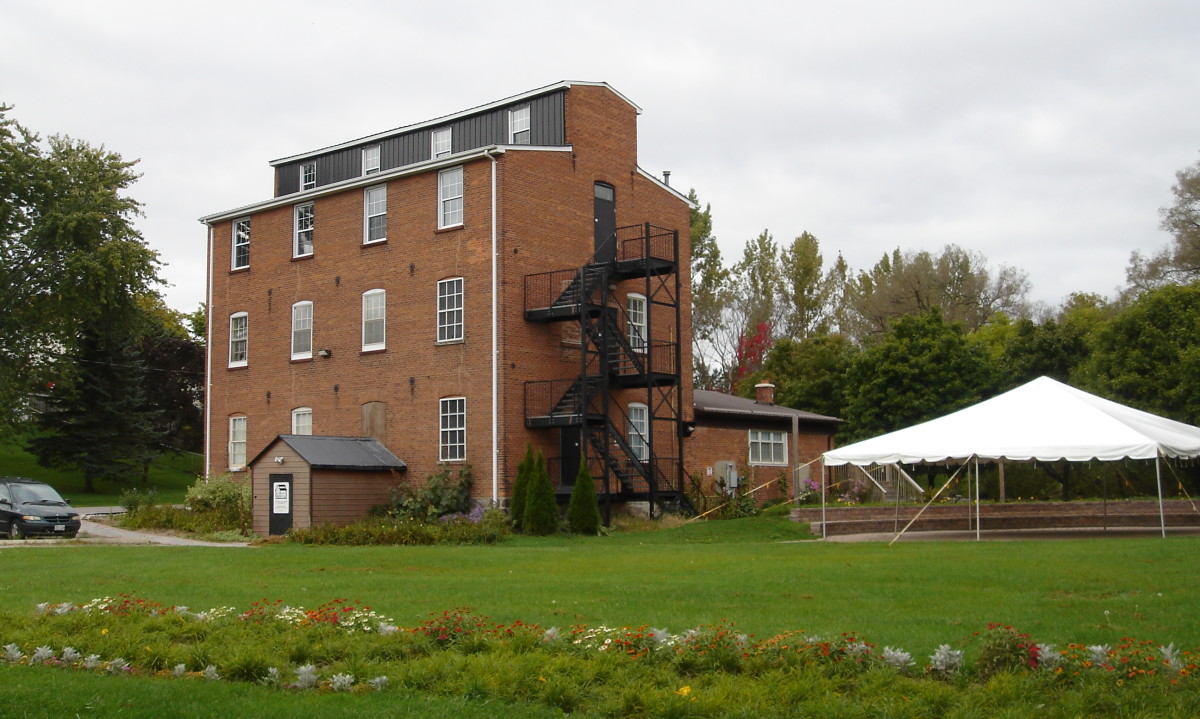 There has been a mill on Soper Creek since 1805; first a saw mill, but later grist mills.  The earlier mills were all of wood frame construction and through the years they were known as “Ontario Mills”, “Soper’s Mill”, “Caledonia Mill”, “Mackay Mill” and finally the famed “Cream of Barley Mill”.

Mr. John Mackay’s “Caledonia Mill” on Soper Creek was established in 1884. The mill produced high quality barley goods, but also other products such as flour, animal feed and split peas. The successful business grew and by the end of the 19th century had doubled in size and was officially called “John Mackay Limited”. The last wooden mill burned down and was replaced by the present brick structure in 1905.

The mill on Soper Creek came to be known as the Cream of Barley Mill.  In its heyday it operated day and night manufacturing barley products, notably Cream of Barley breakfast cereal, and shipping it across Canada and even to Britain.  Production ceased in the 1950’s and the building sat abandoned for many years.  In 1964 the Bowmanville Rotary Club purchased the property and began the mill’s restoration.  In 1973 the Rotary Club donated the property to the Municipality and has since been used as a visual arts centre.

Picture the Way We Were by Garfield Shaw